The influence of Parkinson’s disease on the microbiome 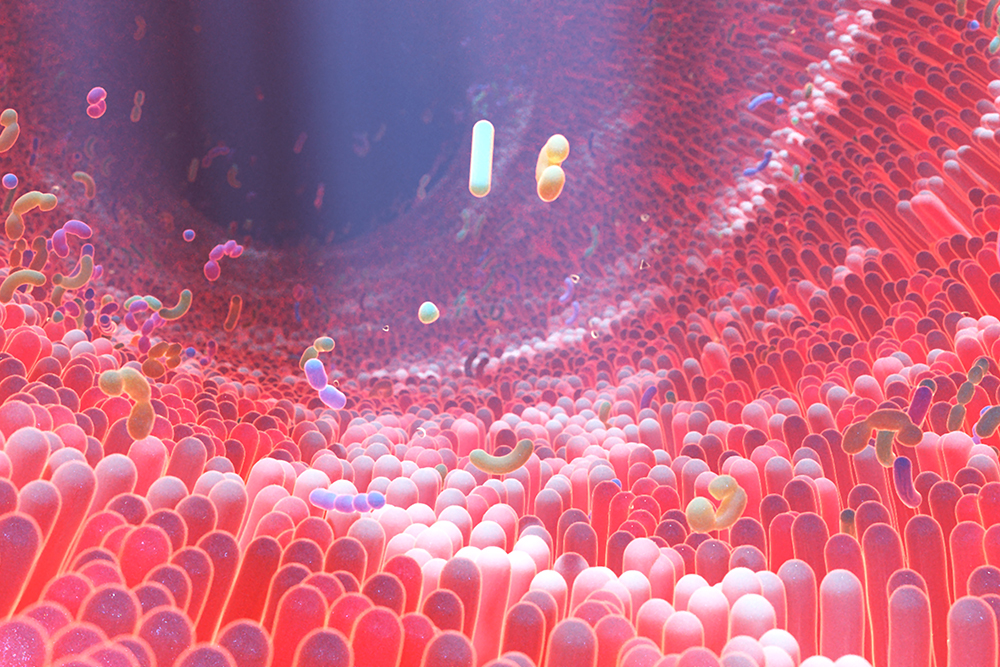 Apart from the genetic background, environmental factors are also known to influence Parkinson’s disease (PD). An analysis of more than 300 stool samples collected during the Luxembourg Parkinson’s Study revealed that the composition of the human gut microbiome – the microorganisms living in our intestine – is altered in people with PD. The scientists created personalised computational models of the microbial community of each participant, including all age groups above 50 years. They found that in people with Parkinson’s at least seven species of bacteria show a significant change in abundance in comparison to healthy controls. This may have an effect on the metabolism of the patients and be linked for instance to constipation and other non-motor symptoms.

Changes in the microbiome can alter metabolic processes

The human microbiome is known to be composed of around as many microbes as there are cells in the human body. There are more than 1000 different species in the intestine alone and they have a profound impact on our health. Usually, the different kind of microbes live in balance but if the equilibrium is disturbed, diseases may arise. Moreover, the microbiome plays an important role in the uptake of nutrients from food and metabolic processes. Alterations in the composition on the microbiome might therefore have direct implications on the metabolism of the individual. In the present study, the abundance of the bacteria Bilophila wadsworthia was associated with the progression of Parkinson’s disease. This microorganism is known to take part in sulphur metabolism in the gut and has previously been linked to constipation.

To investigate the effect that an altered microbiome has on an individual basis, the researchers used computational models to reconstruct the microbiome of each participant. Subsequently, they investigated the small molecules, called metabolites, produced by the microorganisms composing each microbiome and calculated the maximum production capability for 129 metabolites. The models found that the microbiomes of people with PD showed a different production capability for nine of these metabolites, including five that were associated with constipation and other non-motor symptoms. This finding suggests that an altered composition of the microbiome might result in severe changes in metabolism, contributing to some of the common symptoms for Parkinson’s disease.

PD-associated microbial patterns also depend on other factors

More detailed analyses of the individual patient profiles revealed that factors such as gender, age and body mass index (BMI) also play a role in the composition of the microbiome. In particular, the abundance of some bacterial species was only reduced in female patients, whereas no change in the microbiome of male patients could be observed. Similarly, the abundance of certain bacteria seemed to increase with age in people with PD, whereas other bacterial strains were overall less abundant in PD patients regardless of their age. Taken together, these results reflect the complexity of the disease and highlight the importance of further analyses to better understand the role of all these factors. In addition, generating comprehensive profiles of the altered microbiomes of patients could yield information on the progression and severity of the disease and facilitate its treatment in the future.