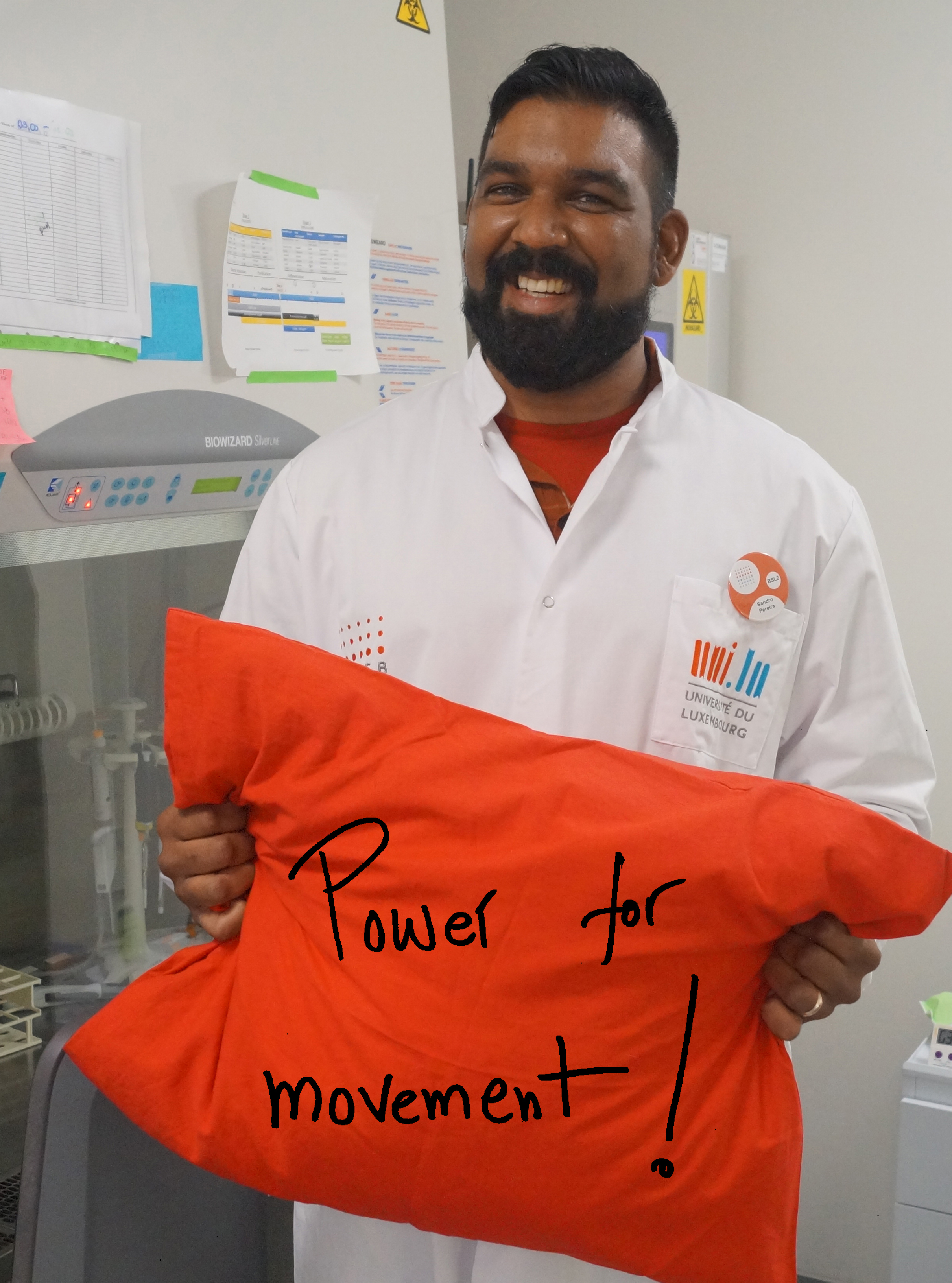 Since 2017, I am a researcher at the Luxembourg Centre for Systems Biomedicine of the University of Luxembourg. Our group investigates sporadic and genetic forms of Parkinson’s disease and conducts research in the frame of the Luxembourg Parkinson’s Study (NCER-PD). Sporadic Parkinson’s disease is caused by a multitude of factors which include both a genetic background and environmental factors. Thus, there are still many open questions such as what causes the onset of Parkinson’s and how it could be detected at an early stage to stop the progression of the disease.

My research is focused on mitochondria, the power plants of cells, and their metabolic activity to detect possible links to Parkinson’s disease. In the Luxembourg Parkinson’s Study, patients are asked to donate biological samples which we investigate in the laboratory. By comparing and grouping people with similar mitochondrial profiles, we aim to create subgroups of patients with underlying distinct disease mechanisms. These could subsequently be addressed with specified therapeutic approaches. The fact that I directly see the impact my research can have is a great motivation for me!

Thanks to the participation and samples given by people with Parkinson’s disease, the NCER-PD study provides an invaluable resource for researchers to gain deeper insights into the underlying mechanisms. It allows us to get closer and closer to the reality of the disease and towards a personalised treatment of the patient.

Publish the Menu module to "offcanvas" position. Here you can publish other modules as well.
Learn More.