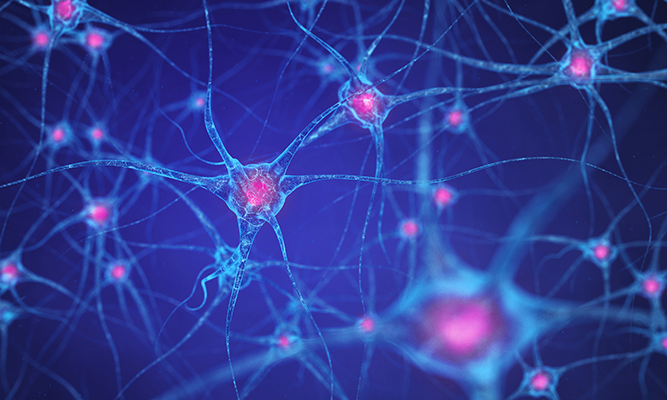 It has been known for a while that in Parkinson’s diseases disturbances arise in the mitochondria (‘energy plants’) and lysosomes (‘garbage trucks’) of the dopamine-producing cells. But how are these two disturbances connected and why do they cause the same disease?

The team around Prof Rejko Krüger from the Luxembourg Centre for Systems Biomedicine of the University of Luxembourg have contributed to a research study of Northwestern University Chicago, USA that investigated this question. Their results have been published in the prestigious scientific journal Science.

In this study the researchers investigated nerve cells that they have produced from Parkinson’s patients’ skin cells in the lab. In the course of time they could see a range of disturbances under the microscope and using biochemical methods. First, the problem starts in the energy plants of the cells, the mitochondria. Due to a stress reaction, the oxidative stress, the neurotransmitter Dopamine gets oxidised and accumulates. “After oxidation dopamine cannot fulfil its normal function and hinders the cell metabolism. For instance, this results in a reduced activity of an enzyme called glucocerebrosidase,” explains Prof Rejko Krüger. As a consequence the degradation of proteins in the lysosomes doesn’t function sufficiently anymore and α-synuclein accumulates in Lewy bodies, which are characteristically found in the brain of Parkinson’s patients.

“This cascade also explains why only humans, but not for instance mice can naturally have Parkinson’s disease. Parts of the Dopamine metabolism only exist in those animals to a lower extent,” Krüger continues. The study shows the important role of Dopamine oxidation as link between different subsequent toxic reactions inside the Dopamine-producing cells. Such insights are important to develop points of action for new medication that can positively influence the course of Parkinson’s disease.